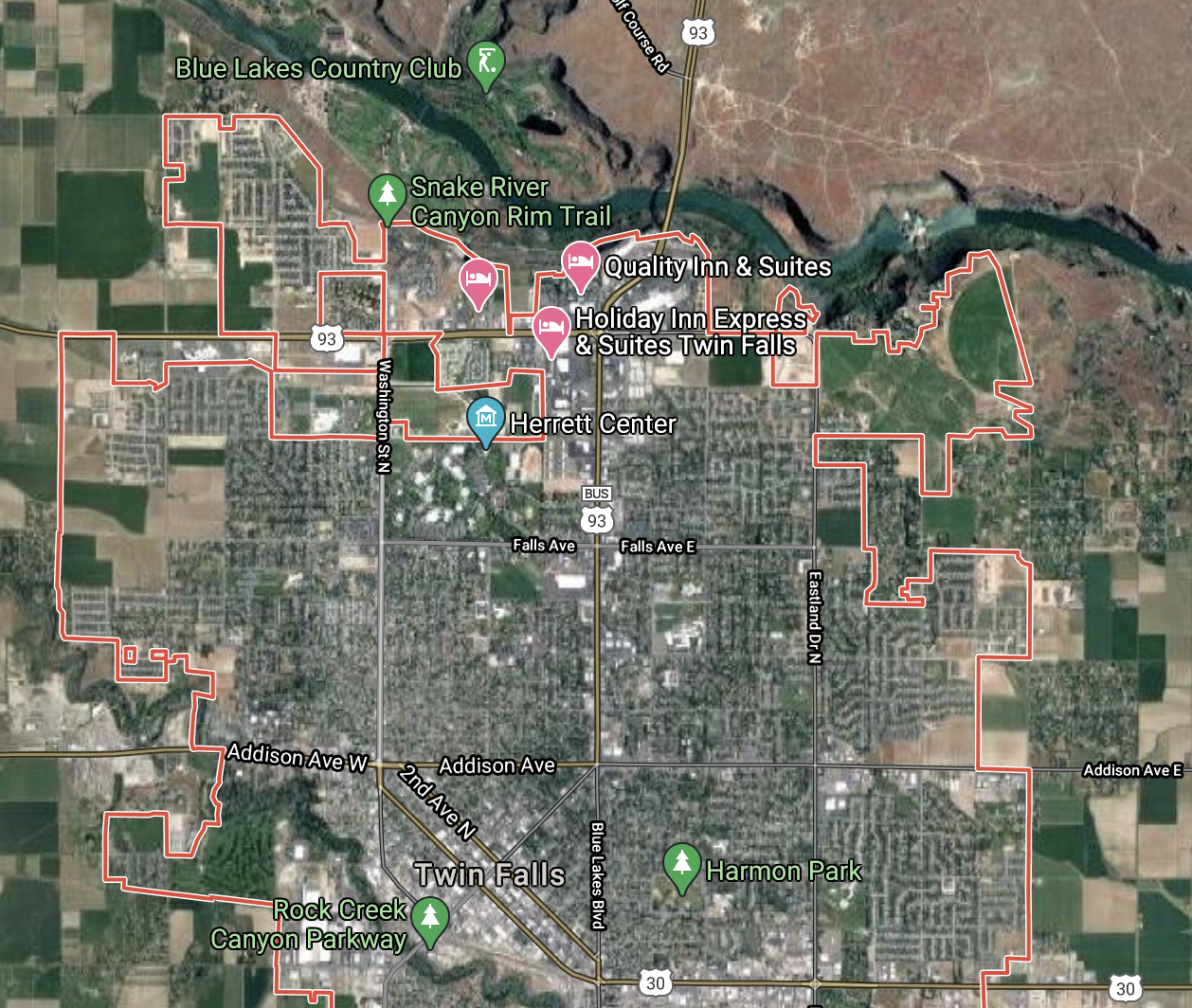 Twin Falls, Idaho is a coastal city in the Magic Valley region in south-central Idaho. Incorporated in 1905, it is the regional commercial center for south-central Idaho and northeastern Nevada. Its origins lie in the Twin Falls Land and Water Company, which was created to build an irrigation canal system for the area. Although planning was sparked by the company, the town was a comprehensively planned community, designed by celebrated architect Emmanual Louis Masqueray after previously failed drawings.  The original townsite follows northeast-to-southwest and northwest-to-southeast roads, unique design, as a way to allow the sun to come into every room in the home at some point during the day.

However, it’s initial layout and design continued to evolve after Masqueray’s planning – the later expansion of the town ignored Masqueray’s careful planning, forgoing his unique designs for north-south and east-west streets. This juxtaposition emphasizes the original layout’s unique and valuable qualities with the cardinal design implemented by later town planners.