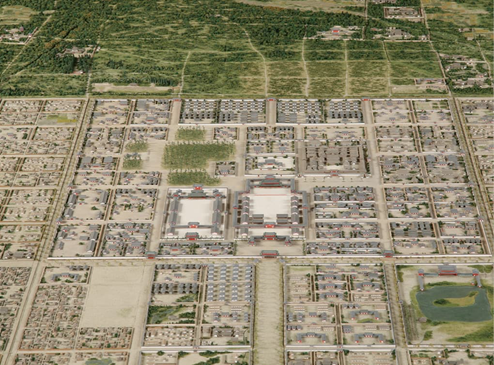 Kyoto, Japan was built in 794 as the new capital of Japan. The city’s famous grid layout is reflective of the Emperor’s desire to centralize power – the Emperor’s palace, from which most major roads originated, functioned as the political and social heart of the city, and governmental institutions were clustered around the palace district. In modern times, the city’s center has shifted away from the palace, and the large, rigid grid is broken up into smaller alley roads. However, the historical city center still maintains the original grid and continues to be the heart of traditional culture in Kyoto.