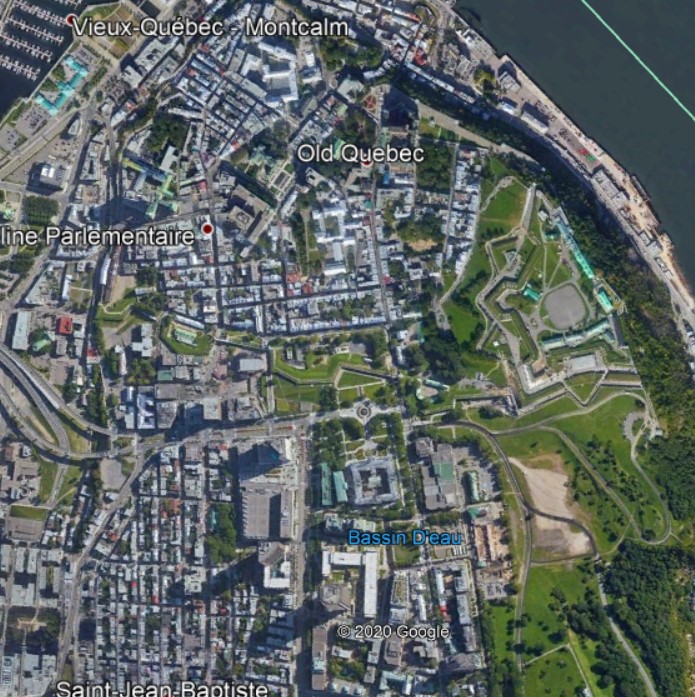 Quebec City is the capital of the Quebec province in Canada. Settled by the French in 1608, it is the only North American city still with fortified walls north of Mexico. It shows an example of the Greek Grid – with its grid adapting to the hilly geography of the coast and peninsula. The city is built with the example of a French “ville” as opposed to a more centralized new city, and was originally divided into an upper city made for the elite and lower city for merchants and artisans.