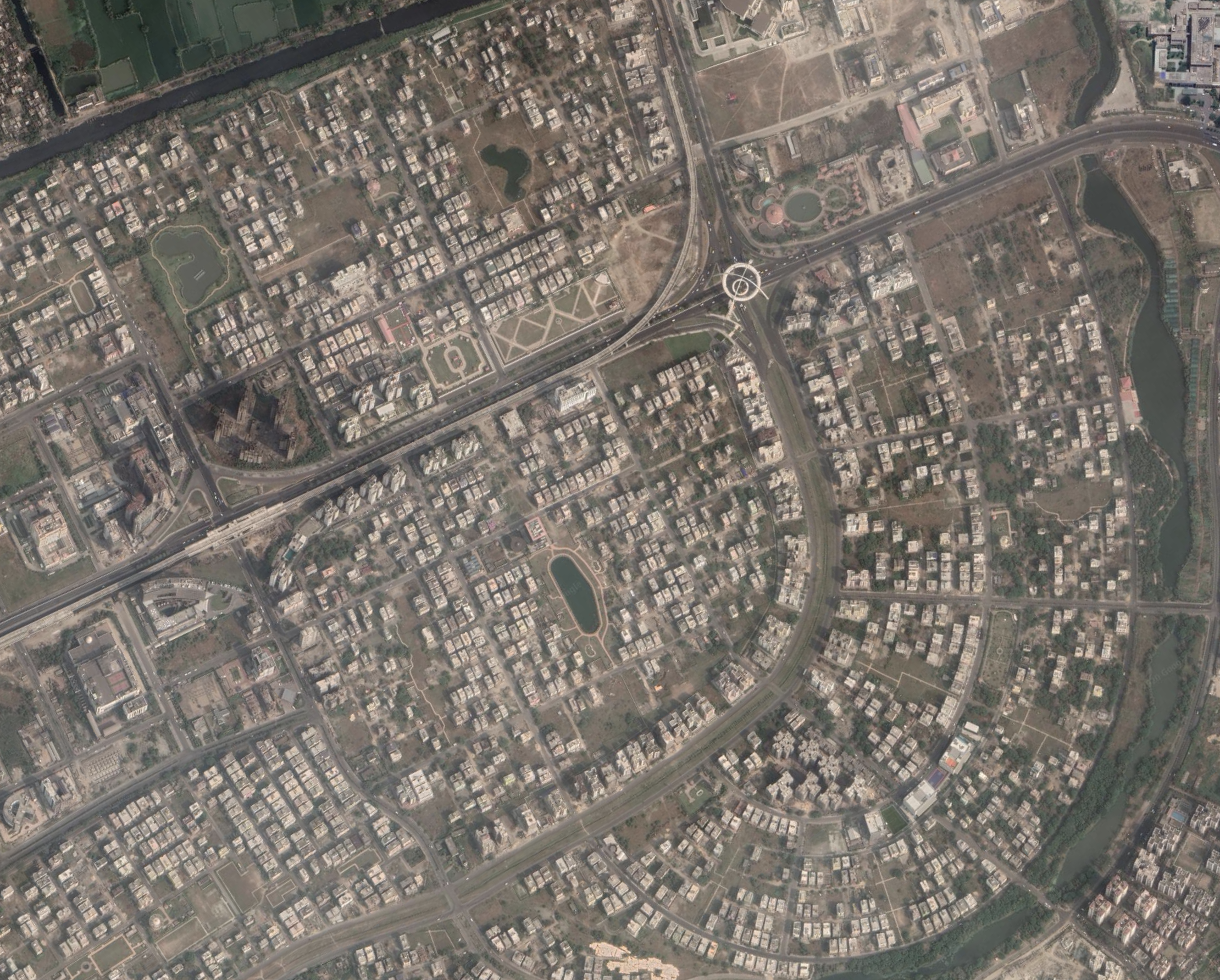 New Town, India, was developed in the 1990s by the state government of West Bengal to cater to the rising middle class population and to develop a brand new technology hub. While the city has been hailed as a ‘Solar City’ due to its planned sustainable, and high-tech infrastructure, it has also garnered criticisms due to the displacement of farmers, street vendors and laborers from its fertile lands. The city demonstrates a tension between India’s working class and white collar workers as they share space, and the government’s vision and the reality when developing new cities in India.