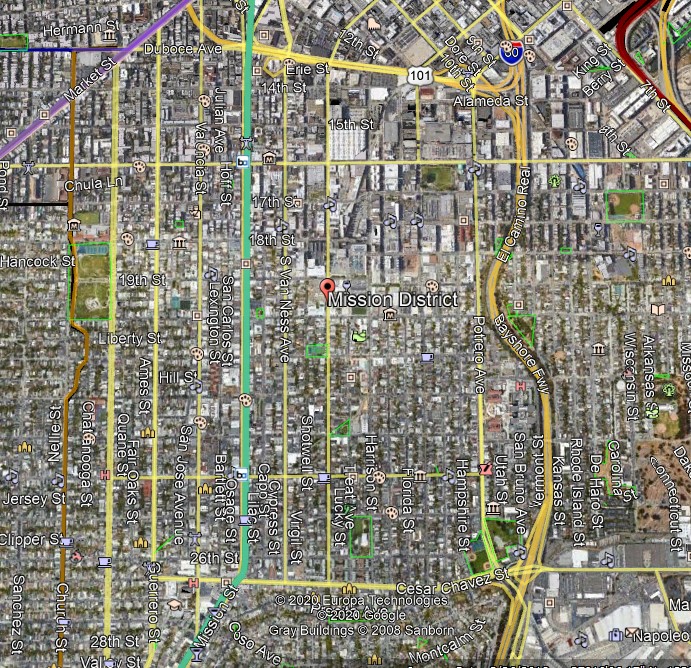 The Mission distinct is a prominent neighborhood in San Francisco, California. It is relatively large, at 1.5 square miles and 45,000 residents. Before the 1940s, the neighborhood was largely composed of Irish and German immigrant workers in the working class. In the 1940s to 1960s, many Mexican immigrants were forced to move due to the construction of the Bay Bridge, and settled in the area, while led to white flight and the modern Mission’s Chicano/Latino character. Starting in the 1960s, the LGBTQ population in the Mission grew to be one of the most visible in the US. To me, the MIssion is a really fascinating example of a community that carries a huge amount of cultural and socio-economic diversity, while being united in an identity of alternativeness while the MIssion as their refuge. That concentration of cultures has led to the mission being an epicentre for arts, music, food and festivals. Between 1967-1973, the Mission Coalition Organization (MCO), a multi-issue community organization, also formed in the model set by Saul Alinsky. While the group split apart, it involved 20% of the 50,000 residents at its peak and left many neighborhood organizations that operate to this day, showing the potential of strong neighborhood identity coupled with active representation.