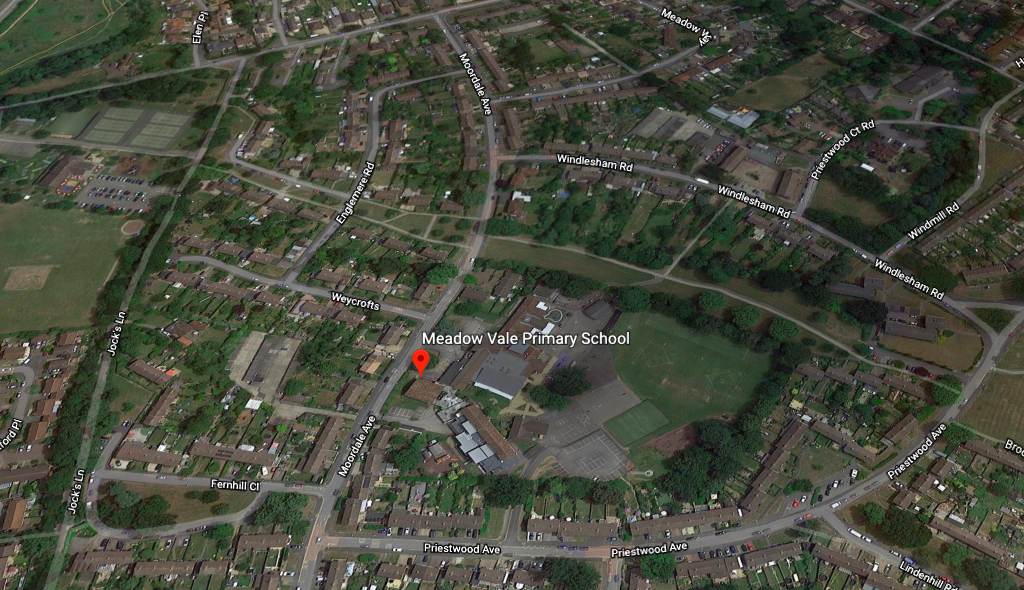 Priestwood is a neighborhood unit of Bracknell, one of the 10 British new towns built in the 1940s after World War II. Planned for a size of 287 acres and a population of 7800 residents, with a primary school at the center and an eponymous avenue serving as a boundary, it hewed very closely to Clarence Perry’s original concept. Although Bracknell has undergone substantial redevelopment, the original neighborhood units have been preserved, with redevelopment focused on the city center. However, the redevelopment has accentuated one of the criticisms of the neighborhood unit concept: Priestwood is now both aesthetically and functionally isolated from the rest of the town.