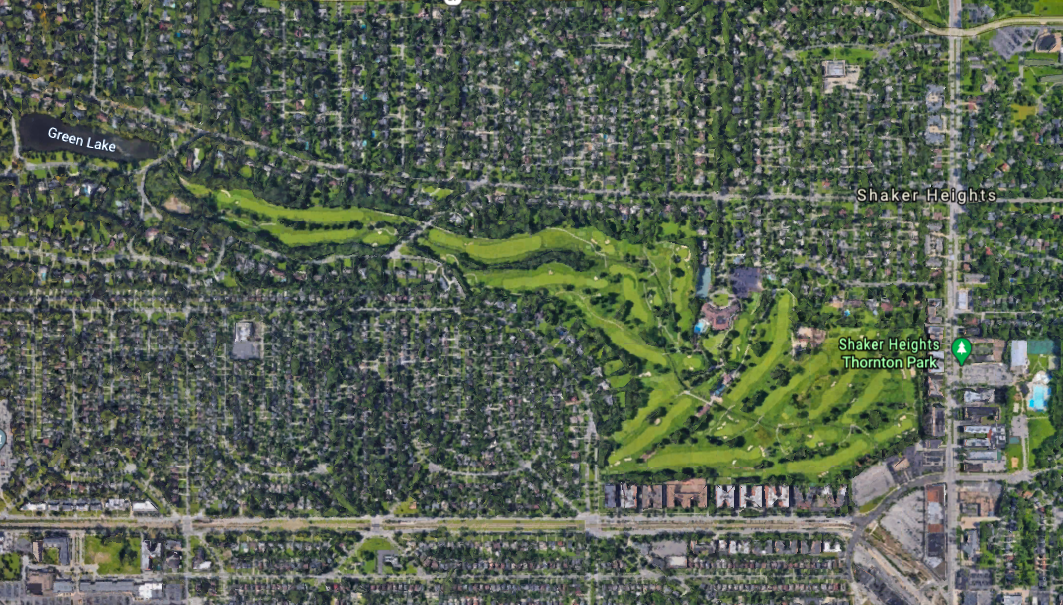 Shaker Heights is an example of the suburb as a physical manifestation of the bourgeois rejection of the metropolis. Where Cleveland was polluted and crowded, Shaker Heights featured ample green space and carefully spaced lots. It was developed by O.P. and M.J. Sweringen, the owners of a railroad and real estate empire, who envisaged Shaker Heights as an exclusive community that was both socially and physically distanced from the big city ills of Cleveland. To that end, development was highly restricted by the “Shaker Village Standards,” which not only denoted acceptable architectural styles, but also “desirable” vs. “undesirable” residents.