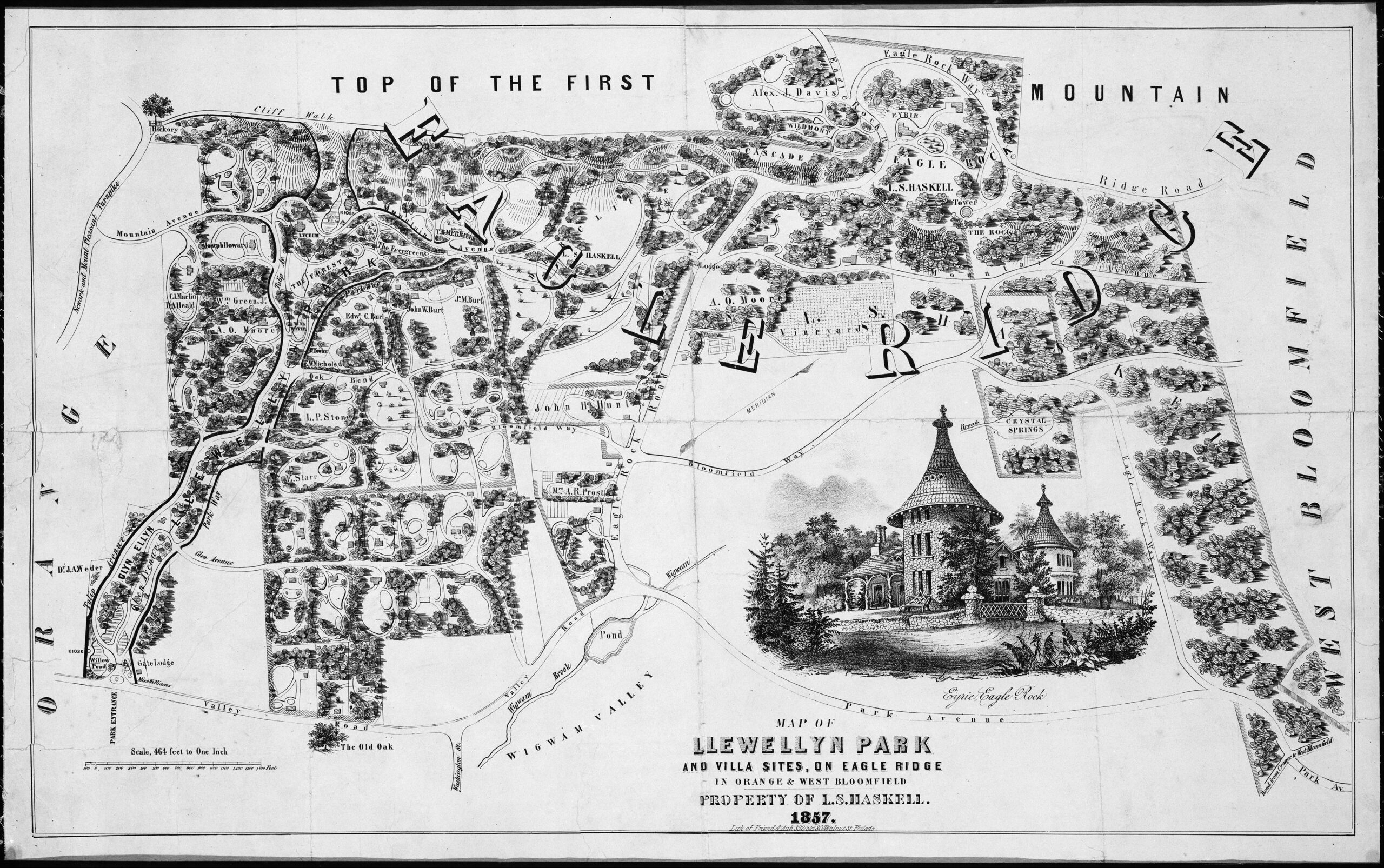 Llewellyn Park, NJ was a forerunner of the 19th-century shift towards suburbanization in the US. A perimeter city to New York City, and it has many properties conducive to family life that defines suburbs tradition for Robert Fishman: substantial houses set in open, tree-shaded lots with a blend of property and union with nature. In classic 19th-century suburban fashion, the city was restricted to the bourgeois elites alone. However, it diverges from Fishman’s concept of a natural development or creation of a suburb, as it was the one of the first planned suburbs in the United States. Instead of an initial, natural progression of suburbs unfolding naturally in a movement of housing, industry, and commercial development in a perimeter city, Llewellyn Park was carefully planned, even for details like the landscaping, which was designed to mimic New York City’s Central Park.