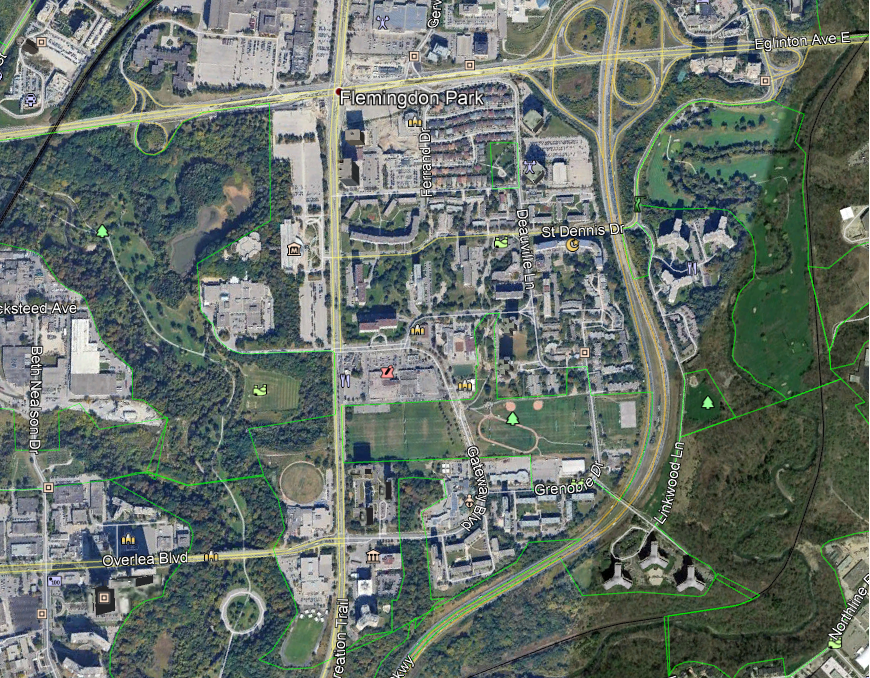 Flemingdon Park is a planned suburb in Toronto. It was developed from farmland into an Canada’s first completely planned “apartment city” in the post-WW2 planning and population boom. Like several of the “tower in the park” developments in Toronto, the community suffers from crime and violence. Flemingdon Park was largely settled by immigrants (my parents!) and refugees because of its affordability and publicly-subsidized housing. Bordered by two ravines and a freeway, the community is relatively secluded, and is difficult to leave without a car. There is little intermixing of commerce and residential areas, with much of the stores restricted to a single mega-shopping plaza, preventing vibrant street life and entrepreneurial jobs from growing to absorb the community. The high density has caused an overcrowding in schools (with Canada’s most populous high school), and a lack of opportunities to keep young adults occupied, driving more of them into gangs and making the plentiful green space feel dangerous. Ironically, a golf course, the provincial science museum, and several white-collar office buildings are located in the community, showing that placing nice amenities without meeting the actual needs of local residents is ineffective.

Flemingdon Park is a good example of a well-intentioned suburb focused on exclusion – of the community from the city, and of the residents from community commerce – can leave residents disadvantaged.