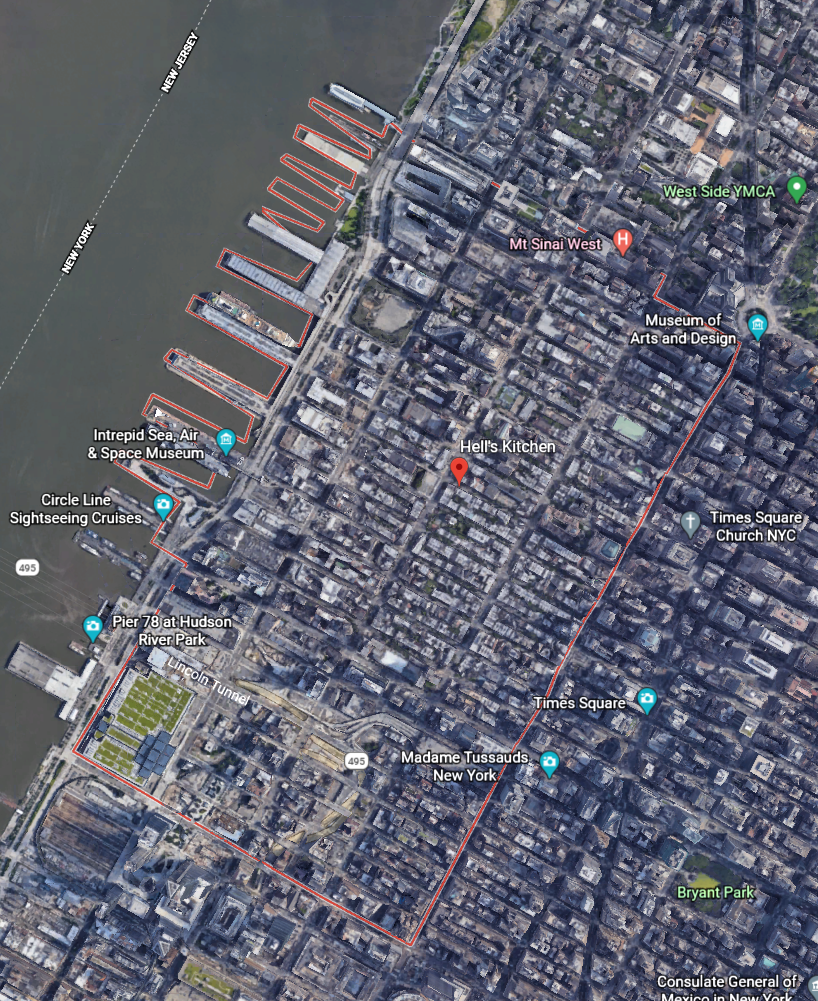 Hell’s Kitchen is located on the west side of Manhattan. In the early 20th century, the area was run by local Irish gangs, populating the area with working-class Irish Americans. In the late 20th century, widespread gentrification changed the demographics of the neighborhood and ended the gang control. Currently, the area is home to a large portion of New York’s entertainment industry (i.e. CBS, The Daily Show, etc.). The streets are lined with trees, though the neighborhood does not have many parks. Part of the neighborhood is included in the Hudson Yards Master Plan, another instance of gentrification, which introduced more residential skyscrapers and renovations existing buildings and public transport sites.