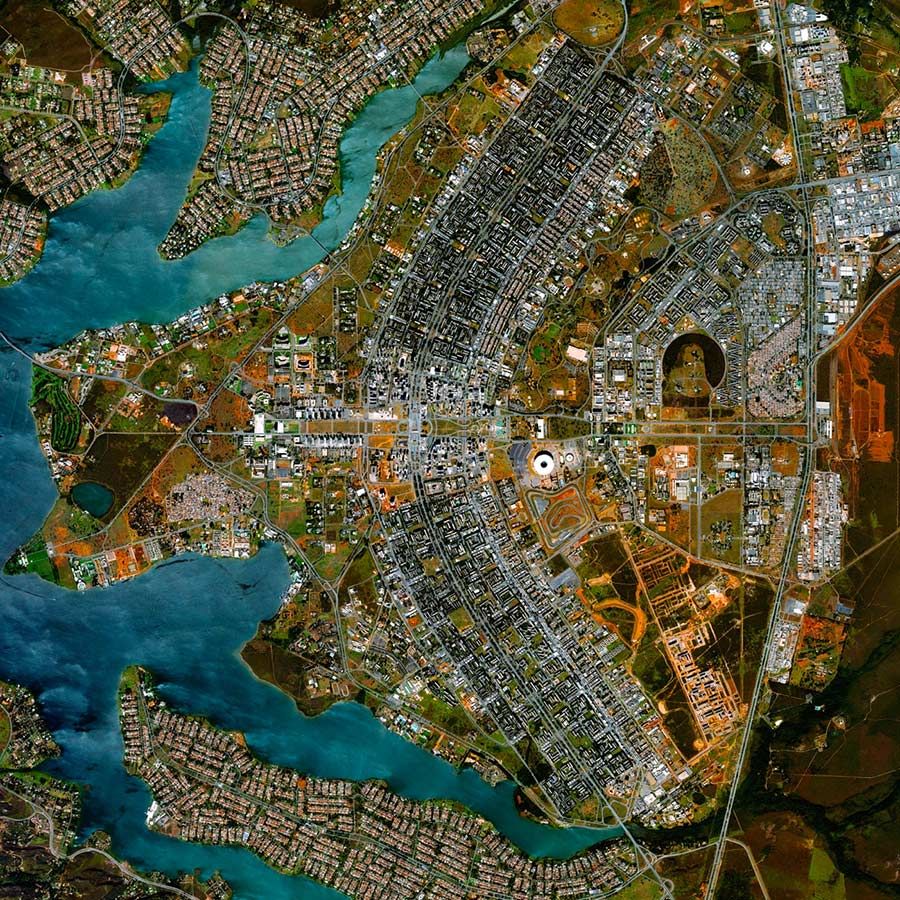 Posted on by Victoria

Brasilia was founded in 1960, replacing Rio de Janeiro as the capital of Brazil. It was built with the intention of bringing further progress and urbanization into the interior while also relieving pressure from the overpopulated Atlantic coast. Brasilía was designed with residential, administrative, and monumental purpose in mind, and it separated itself from the slums, the baroque and classical architecture, and the colonial legacy of Rio de Janeiro. Designers’ use of urban planning, new roads, and futuristic architecture has been recognized as a fresh start by Brazilians. However, it was built to fit a smaller population than it holds now and was not designed with pedestrians in mind, so it is congested and environmentally unfriendly. Brasilía is coherent but lacks shops, street life, markets, and a sense of day-to-day life since it was built for civil service and the government.