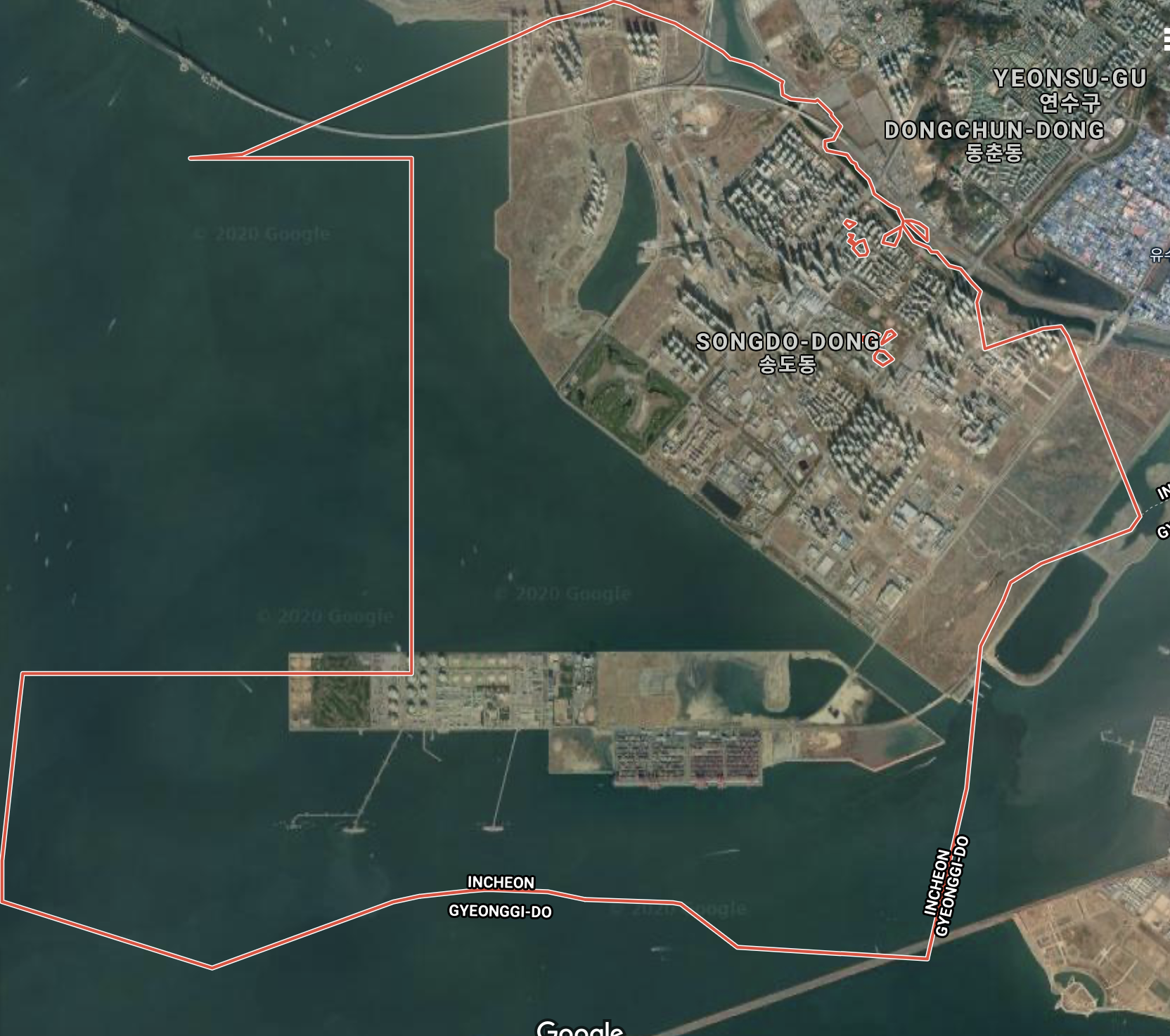 Posted on by Alyson Thorne

Songdo, South Korea, a high tech business district, is an example of an aerotropolis: the city was built around an airport. It is also one of the world’s smartest cities with its high end technology surveilling the city. Arranged in a grid form, it was built with the goal of being an international business hub and eliminating problems like pollution. Sustainability was at the core of the city’s development, and it had over 40% of the city being park spaces, areas for urban farming, heavy public transit usage, and an advanced underground trash system. The biggest drawback of Songdo continues to be the difficulty to interact with other people, as the city is severely underpopulated.