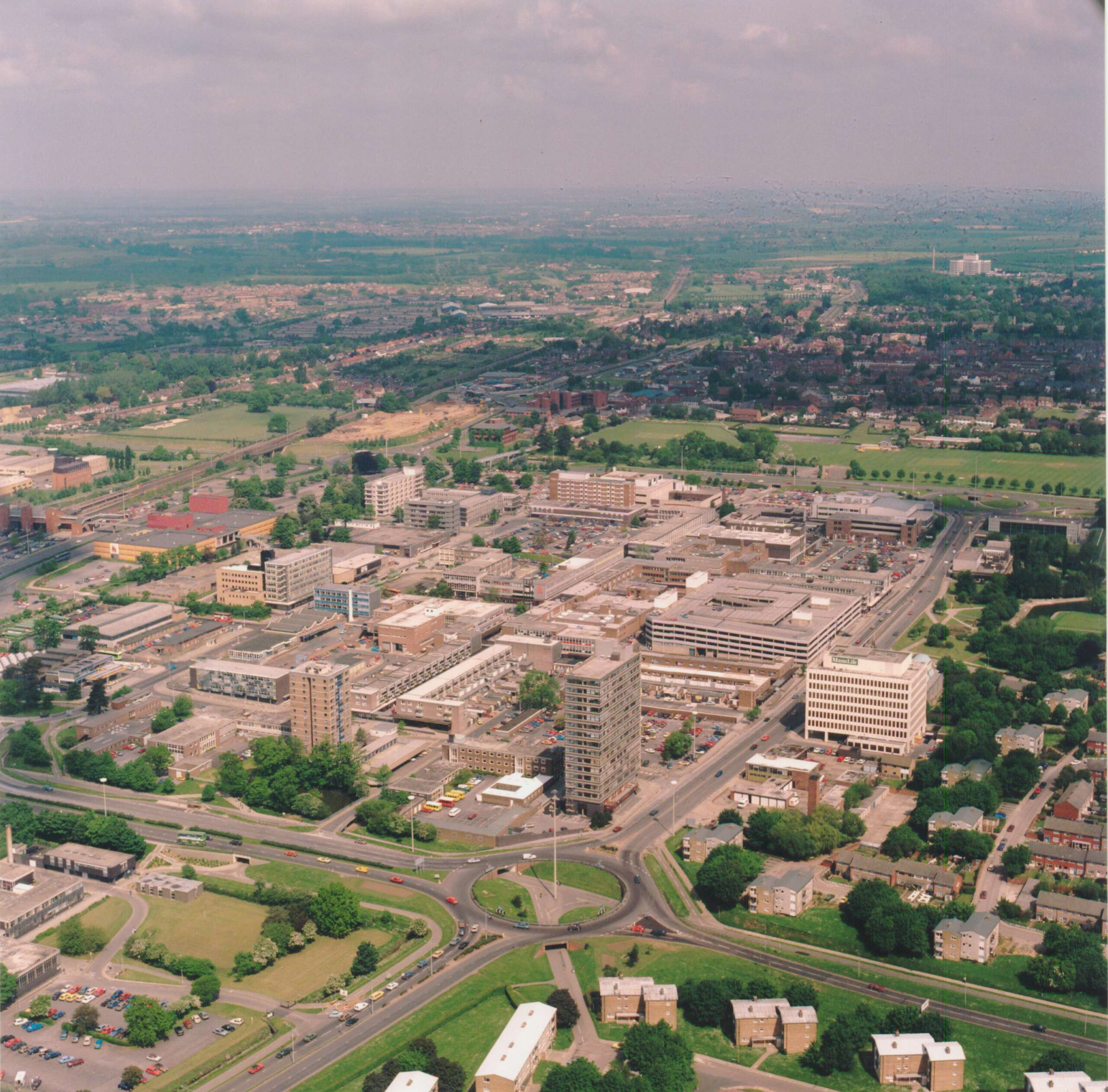 Stevenage, one of the British new towns built in the post-war period, highlights some of the ways in which Perry’s neighborhood unit idea was adapted. Like Perry’s ideal, the plan’s neighborhood units included ample provisions for small parks, were centered around an elementary school, and described pedestrian-oriented internal streets. Even so, their population and density of 9600 people and 31 people per acre, respectively, were greater than Perry’s and they included a central — not a peripheral — shopping area. Interestingly, despite being denser than Perry’s model, they were described as not being conducive to social activity by immediate studies (Peter Willmot, 1962). The case of Stevenage suggests that neighborhoods — in the social sense — may not be things that can be planned but rather emerge.