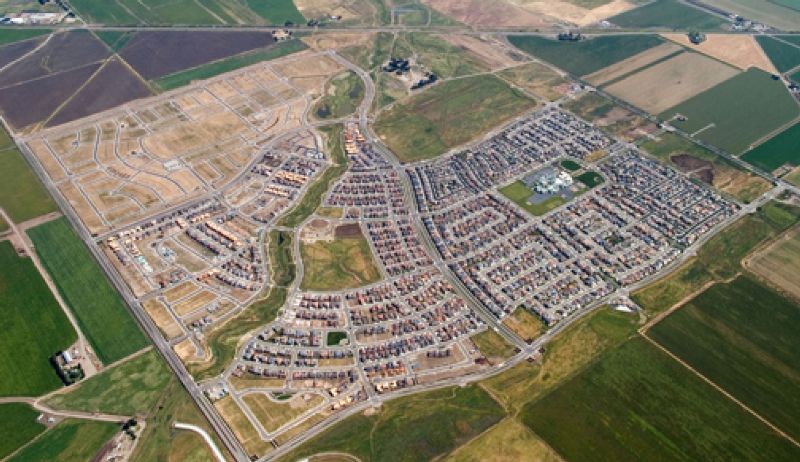 Mountain House is a planned suburb of Tracy, CA. Originally given development approval in the 1990s, the bulk of the single family houses were built in the pre-recession era, leading to a high percentage of vacancies. The development suffers from various zoning restrictions, most notably that there can be no commercial center in the development. This makes it a very vehicle-dependent suburb. Its conception as a pure suburb, with limited transit options, means that life is built at a larger spatial scale than what would otherwise be considered human-scale. Perhaps its only redeeming quality is the concentration of schools at regular intervals, which assist in forming intra-community social bonds. Mountain House raises questions on the ethical nature of purely residential suburbs. In an ideal world, demand for suburb living would be met by the right amount of development, but given the modern nature of bureaucracy and developer-capitalism, Mountain House is likely the only available housing stock for many people that would prefer another lifestyle. Ideally, pure suburbs are not wrong to contemplate, but their manifested reality is usually harmful. Given that I-205 (the main road into Tracy) is almost at capacity, Mountain House is an excellent example of what not to do when planning a new suburb.