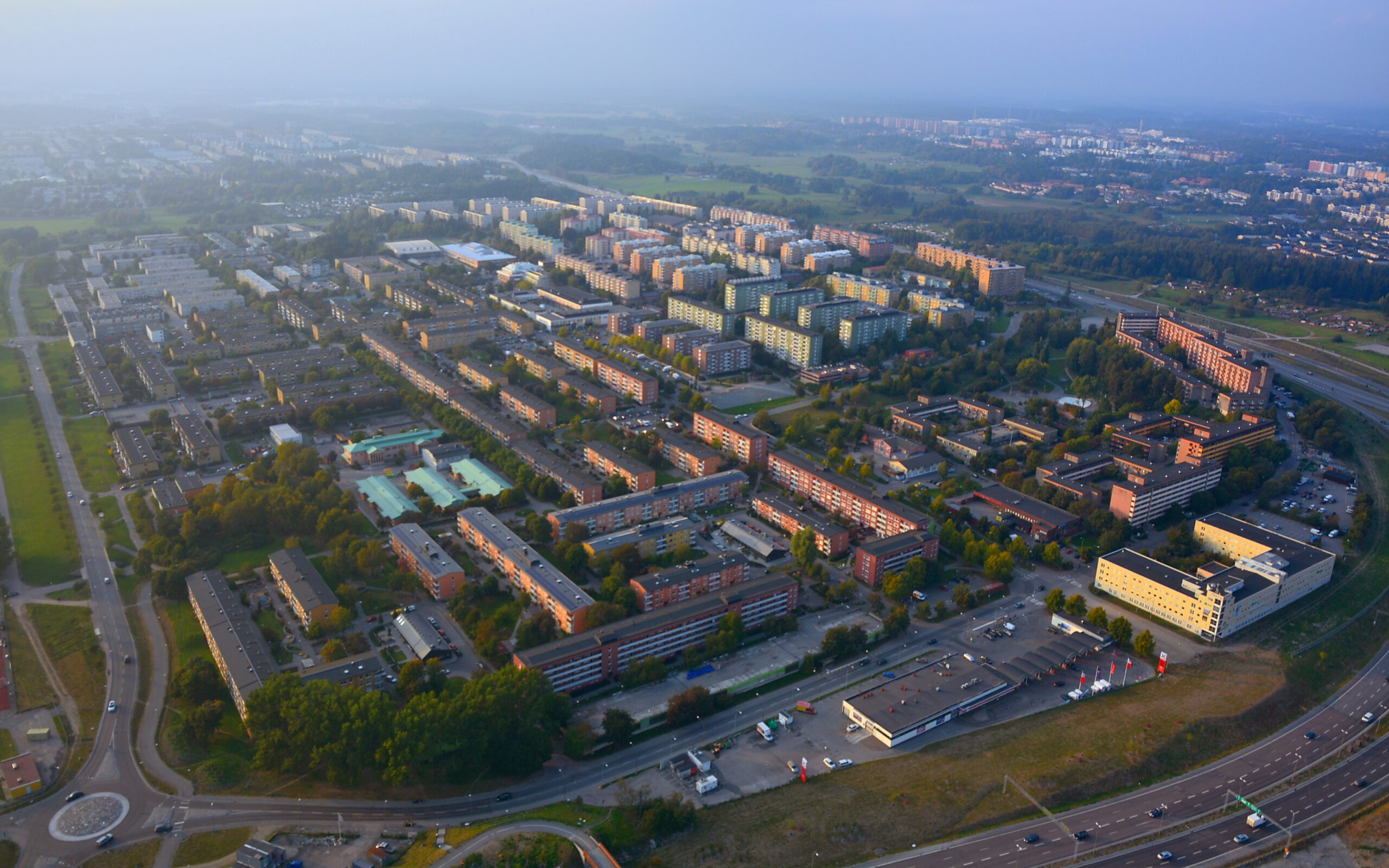 Rinkeby is a neighborhood in Stockholm, Sweden that was part of the Million Program, the public housing program implemented in Sweden in 1965 to make sure everyone could have a home in a neighborhood community at a reasonable price. Rinkeby and other neighborhoods in the program were implemented as a way to decrease the population density due to Stockholm’s urban congestion. Larger than Perry’s conception of a neighborhood at 19,000 inhabitants in 2016, it is an expanded neighborhood focused on providing social facilities and services, as seen in its range of schools, public spaces, libraries, and meeting places.

An attempt to address social segregation issues raised by neighborhood units, it’s principal aim was to mix and integrate different groups of immigrant households through the spatial mixing of tenures. However, its failure is an example of the issues raised with using neighborhoods as the basis for public housing projects – Rinkeby is isolated and cut off from other neighborhoods, an island of crime and breeze-block flats.