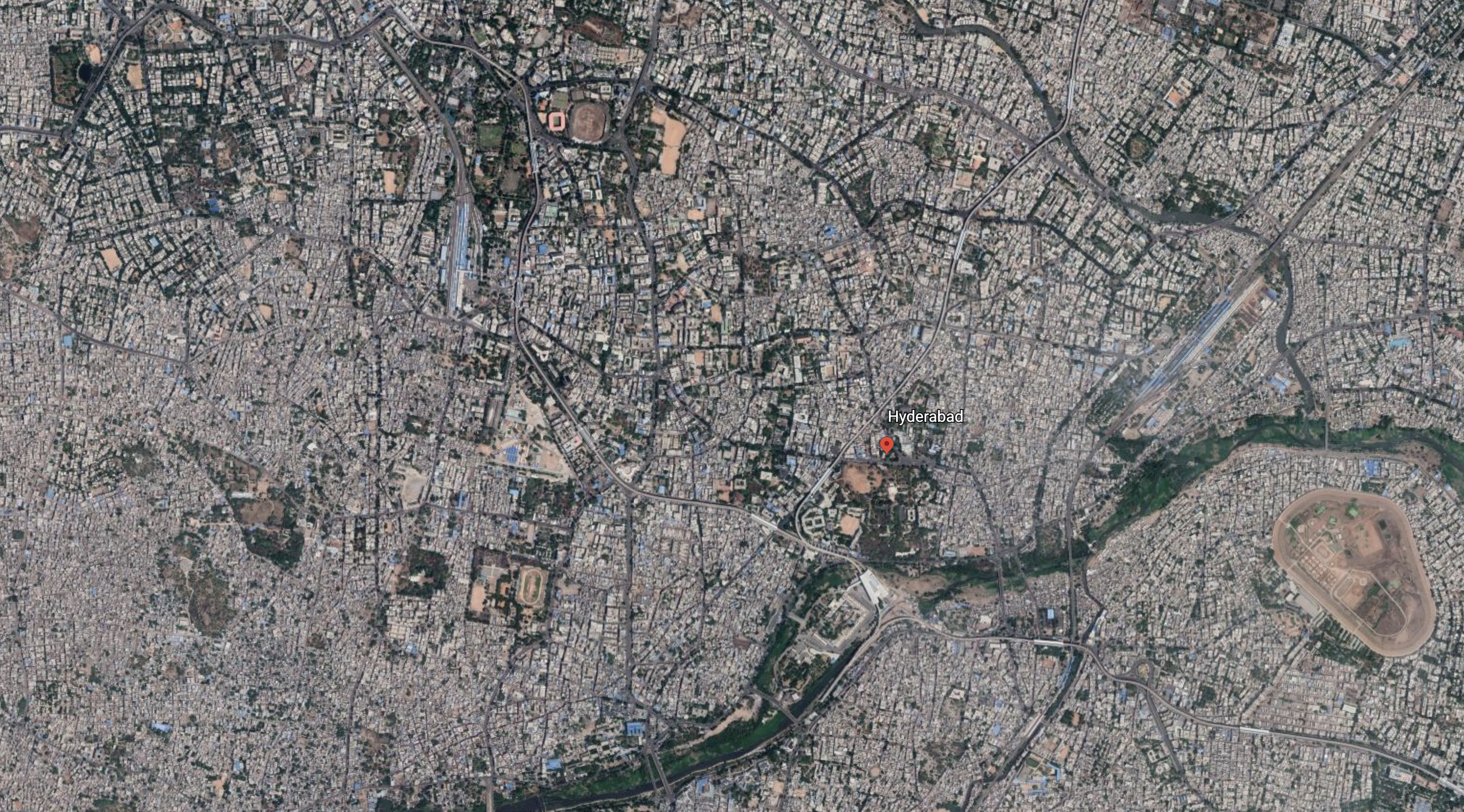 Hyderabad, India is a Southern Indian city, founded in 1591, maintained through the years under two Islamic empires, the British empire, and now independently by the Indian government. The city is spread across 241 square miles, on an elevated terrain, and is surrounded in parts by artificial lakes. The city is unordered, and developed naturally starting from a fortress established in an older part of the city. A lot of the city order developed from individual houses and slums, but since the 2000s, due to a growing middle class, there has been investment in real-estate, leading to large apartment complexes, and gated communities, along with paving better roads by the local municipal corporation. Due to the population, narrow roads, and poor sewage systems, it’s easy to get stuck in traffic for hours, and the transit system (established in 2019) does little to help due to the population. The city is not pedestrian friendly, as sidewalks are largely absent, but due to high-density there is pedestrian traffic, and local knowledge allows people to navigate. Despite its non-grid system, locals find ways to make the disorder in city planning work, and their lives go on.