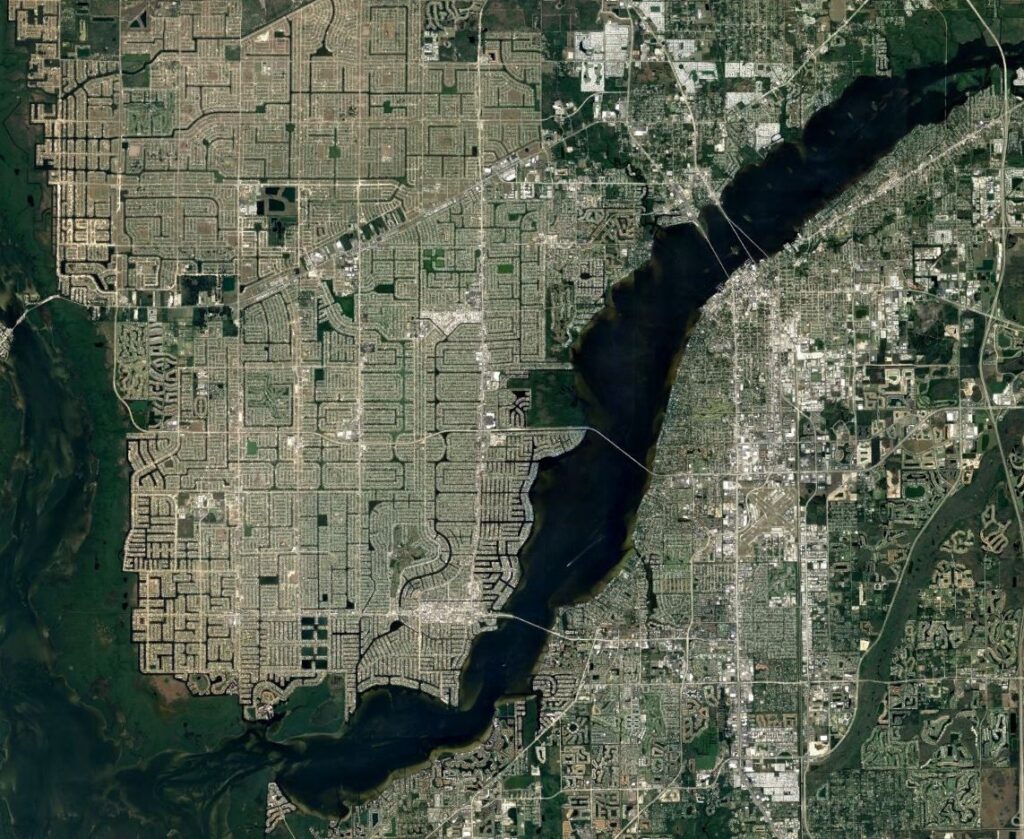 Cape Coral is a city of 200,000 in southwest Florida. The city perfectly illustrates that there is not necessarily a perfect dichotomy between “grid” and “non-grid” patterns, as the “irregular” loops, canals, and curved roads that are decidedly non-grid elements are still imposed upon a grid-like network of large thoroughfares. One thing that Cape Coral shows is that it is not the regularity or irregularity with which an area is planned that inherently leads to density and good land use. In some sense, the city mimics the urban pattern of the Islamic world, featuring minimal public space, dead-end streets around which housing is oriented, and regularity of the external appearances of dwellings. That said, this development differs from that settlement pattern by being built at a vehicular scale, meaning that much space is wasted. Perhaps the greatest oversight in the planning of Cape Coral is cross-access between multiple points. The canals segregate large parts of the city, requiring use of the hierarchical road system to navigate from one area to another, which stands in sharp contrast to other “organically” developed non-grid cities and medieval city cores. Cape Coral suggests, then, that without careful attention to road layout, artificially mimicking non-grid patterns is a poor idea.