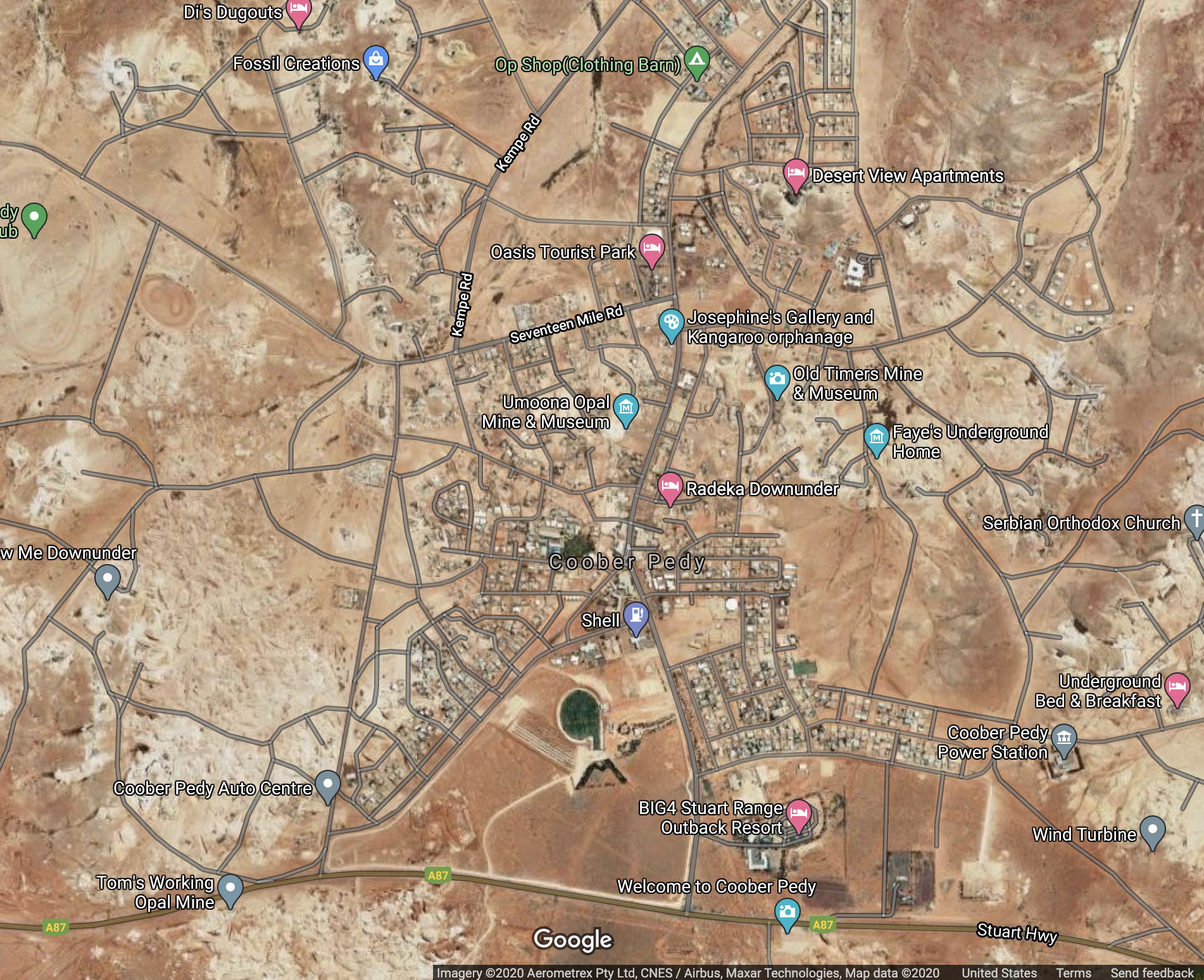 Posted on by Nick Roehm

Coober Pedy is a small, isolated, desert community in South Australia that was established in 1916 after the gemstone opal was found in surrounding mines. An “opal rush” caused foreigners and native Australian’s alike to flock to this area in order to seek riches. However, the area prior to 1916 was inhabited solely by aboriginal populations, due to the intense heat and sun exposure in the region. In order to cope with the harsh climate, the migrating miners decided to build their homes and institutions in the one place where they could find shade: underground. The entire town has roughly 2500 inhabitants and much of their infrastructure, outside of the main roads that connect them with the outside world, is underground. There is a myriad of tunnels that connect churches, townhouses, stores, tourist attractions, restaurants, and other amenities. The personality of the inhabitants is very neighborly due to the close proximity and the intense work that it takes to settle in Coober Pedy. Teamwork has allowed the people in this community to thrive in a very inhospitable place. Furthermore, the dynamic of the town allows the dwellers to find tight-knit community relations.