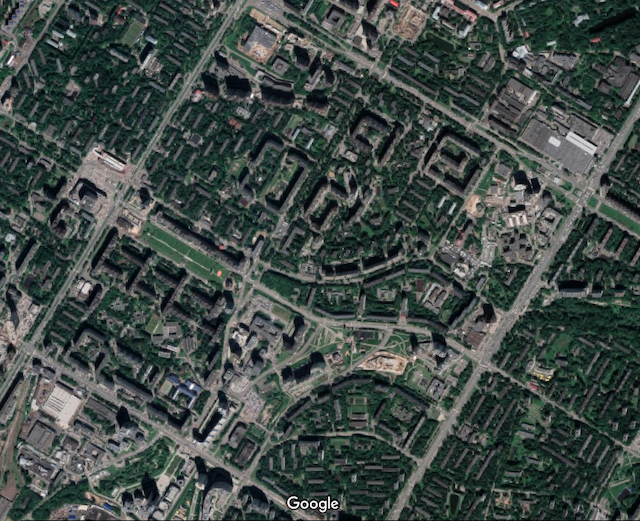 Cheremushki is a planned Soviet suburb of Moscow, Russia. Developed in the 1950s as a Soviet suburb for working-class Muscovites, it was the first of what would later become Khrushchevki, or block-panel suburbs across the Soviet Union. These five-storey apartments were highly desirable, especially in comparison to shared apartments or wooden barracks. Although Cheremushki has some Garden City ideas, such as open spaces and the superblock, it is firmly suburban – workers were expected to commute to Moscow proper for work or entertainment, and the area was planned from the beginning as an extension of Moscow. Originally intended for egalitarian living, the apartment buildings’ large plots of land and general lack of public transportation have today turned Cheremushki into a car-dependent bedroom suburb.