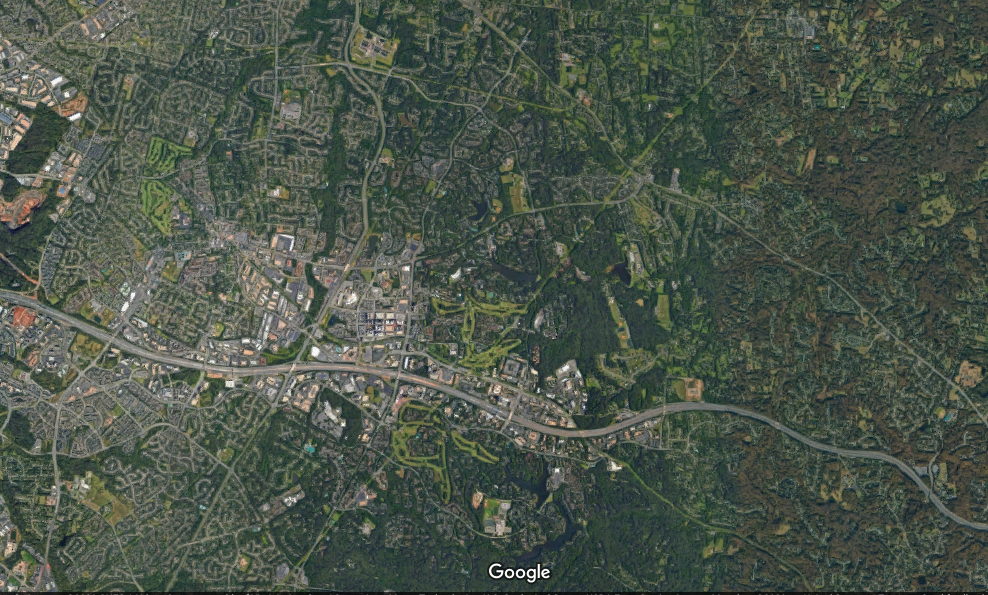 Reston, VA is a Garden City that was developed in the 1960s.  The city’s design is heavily inspired by Garden City principles, and was designed to theoretically be a Garden City to nearby Washington, DC. The city is split by superblocks surrounded by large roads with cul-de-sacs within, and a large greenbelt of rural farmland surrounds the city. Reston also has districts separated by use, and countless footpaths that cut through the city’s many parks. Yet despite these elements, the city fails as a Garden City. The city is incredibly autocentric and relies heavily on nearby DC for jobs, education, and entertainment; in addition, the city is socioeconomically homogeneous. Reston is proof that picking and choosing elements of a Green City does not necessarily create a Garden City.