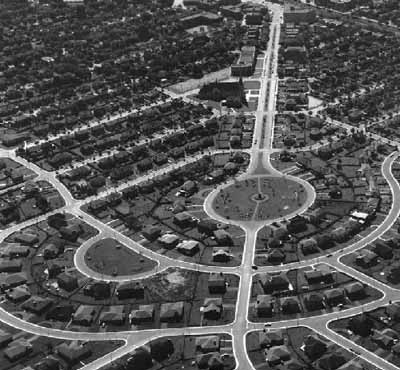 Mount Royal, Quebec was a model city designed to be at the foot of Mount Royal mountain in Canada. Designed in 1912, Mount Royal was created as a response to industrialization and big-city problems that plagued large metropolitan centers during the late 19th and early 20th centuries and was an alternative to urban renewal movements of the times. As a  Garden City,  Montreal large green spaces, the presence of a railway, main arterial roads, winding parkways, and was surrounded by a large rural belt. However, besides design elements, the city failed to realize the spirit of Ebenezer Howard’s goals for Garden Cities, creating an enclave for upper-class citizens instead. Additionally, after the Canadian Northern Railway tunnel projects reached completion, the city lacked industry and self-sufficiency, relying more on rapid transit systems to the opportunities in downtown Montreal.

The garden city has changed little, socially and structurally, from its 1912 creation, but the town is currently facing pressure to rezone and change height restrictions in order to make room for taller condos and additional housing.