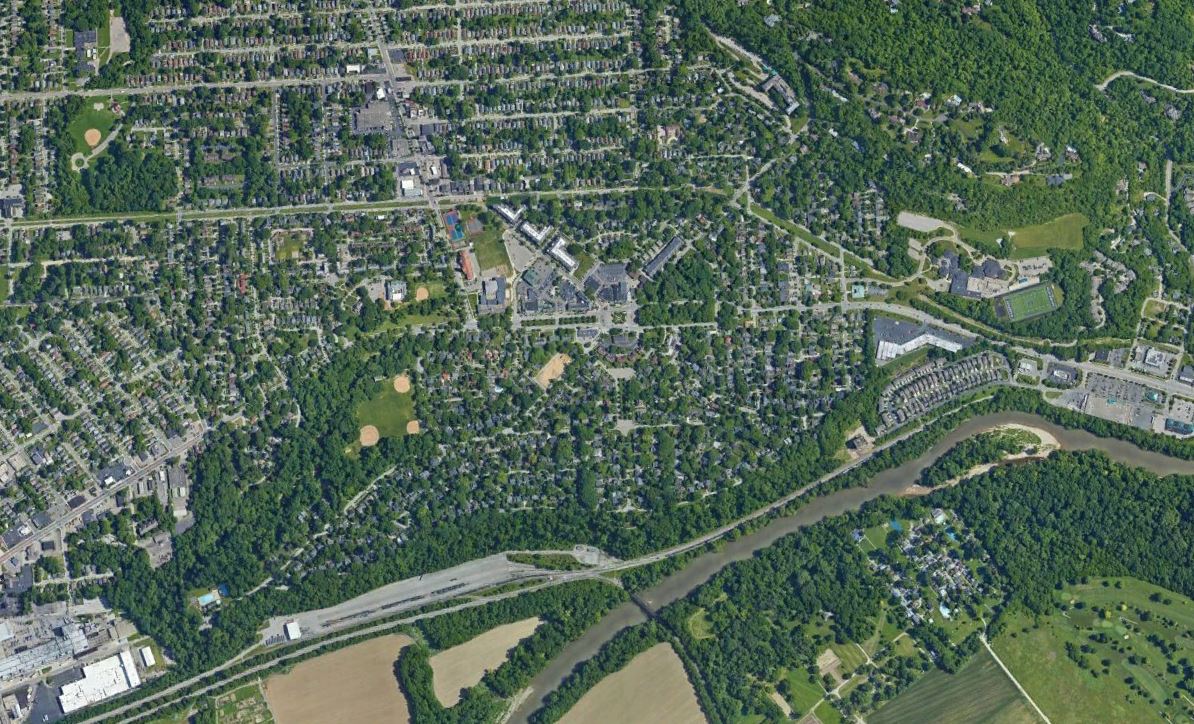 Mariemont exhibits many of the physical traits of a Garden City, but falls short of the original egalitarian intentions of the movement itself. The large spacing between houses, well planted streets, and lower density, coupled with a lack of industrial self sufficiency (the town is functionally a suburb, despite the limited commercial development at its core) have created an area that insulates itself from the rest of the city fabric. It is this lack of self-sufficiency itself that contradicts the original vision of the Garden City as a self contained unit. Ironically, this economic dependence on Cincinnati, the closest major city, might have been inevitable given Mariemont’s location, since the “economic gravity” of the city and the advantages of centrality for manufacturing and distribution economies would provide a strong incentive to keep the community largely residential. Mariemont is overwhelmingly white, 95% in a city that is 45% African-American, and median incomes are higher than surrounding areas as well. It appears that the Garden City works wonderfully, but only for those that have the means to “escape” the “evils” of the urban area to it, contradicting the original vision and concept of the town-country for all.