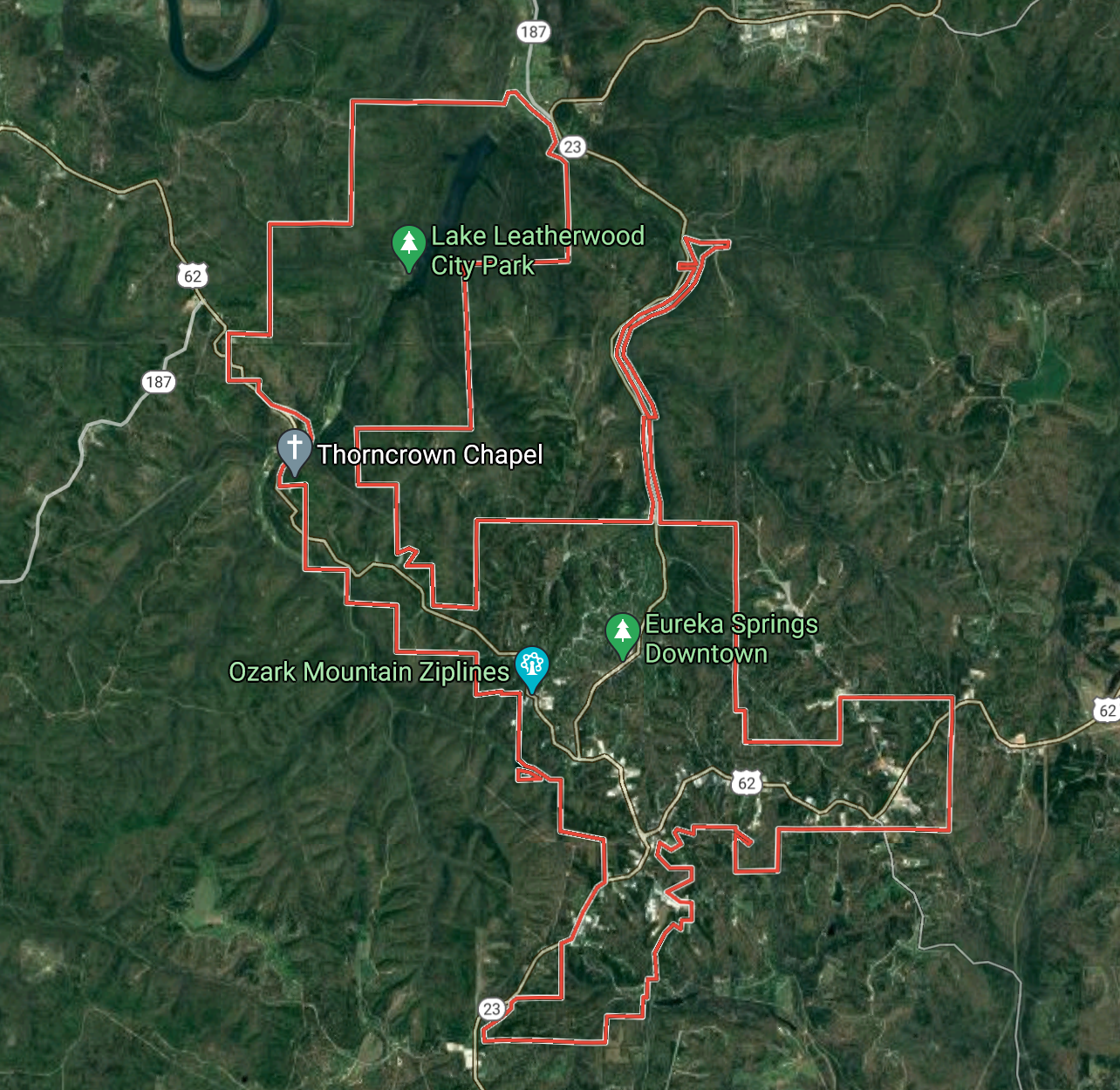 Eureka Springs, Arkansas was incorporated as a city in 1880 after it gained
widespread public appeal from its hot springs that were rumored to have magical healing properties. The springs acted as both an economic and physical focal point for the city. Settlements concentrated around the number of hot springs in the area and the structures
(primarily shanties and tents) were built for immediate occupancy and valued by their accessibility to the springs. Eureka Springs serves as an intriguing example of how cities can experience rapid economic growth and popularity through a public attraction–
and how that attraction can also have an influence on the physical environment and layout of the city.