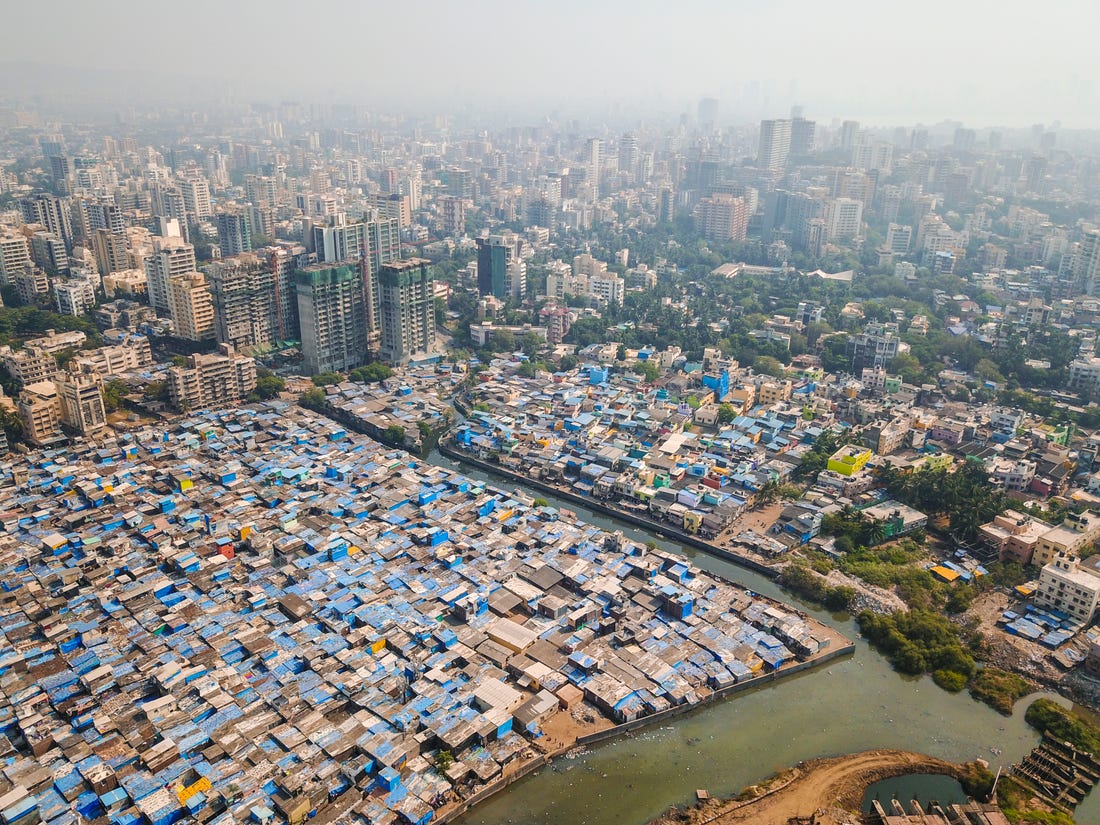 Dharavi, Mumbai in India is a locality with over 1M people over 2.1 square kilometers. It is a very high density slum, composed of migrants from within the city and rural villages seeking economic opportunity. Due to its high speed of growth and density, much of the housing and small scale factories are haphazardly arranged, making for narrow streets without an arterial road or sanitation network. This type of slum growth represents one form of the city as an organism, being designed by the thousands of residents on the ground instead of a centralized authority. Despite the lack of a grid network, houses are aligned with each other on an angular level, with large angular shifts being wasteful of space. This creates a wave-life flow of the buildings with respect to urban landmarks such as railroads and major roads.