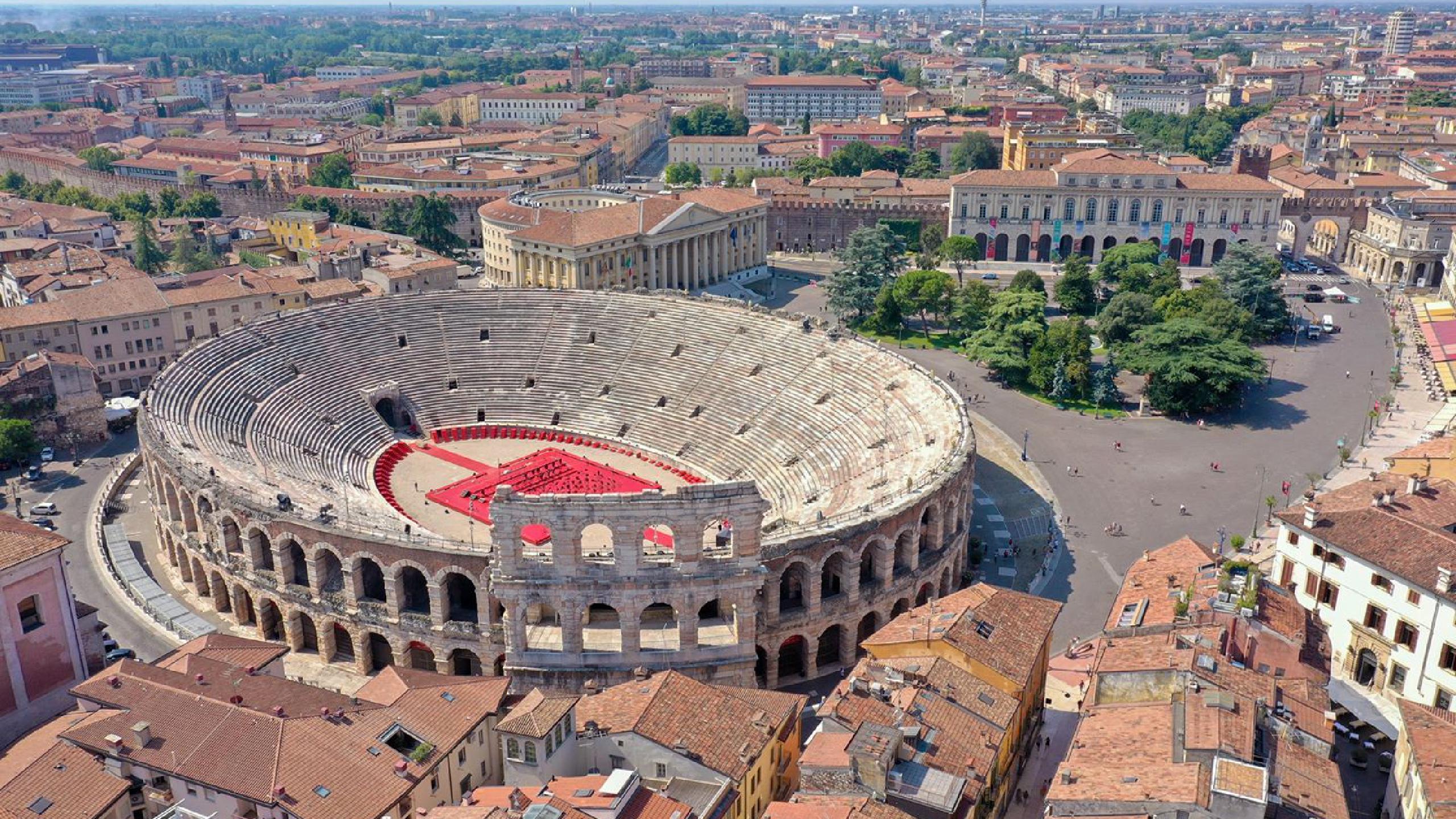 The Verona Arena was built in the first century. Its usage today consists solely of hosting large-scale operas, however, its speculated that early in its life it was also used for gladiator fights, sports, and hunting games (as well as persecution of early Christians). It has slowly evolved to become a cultural center of the city. The facade was originally built with white and pink limestone, but an earthquake destroyed this outer ring, leaving behind the current facade/ring.