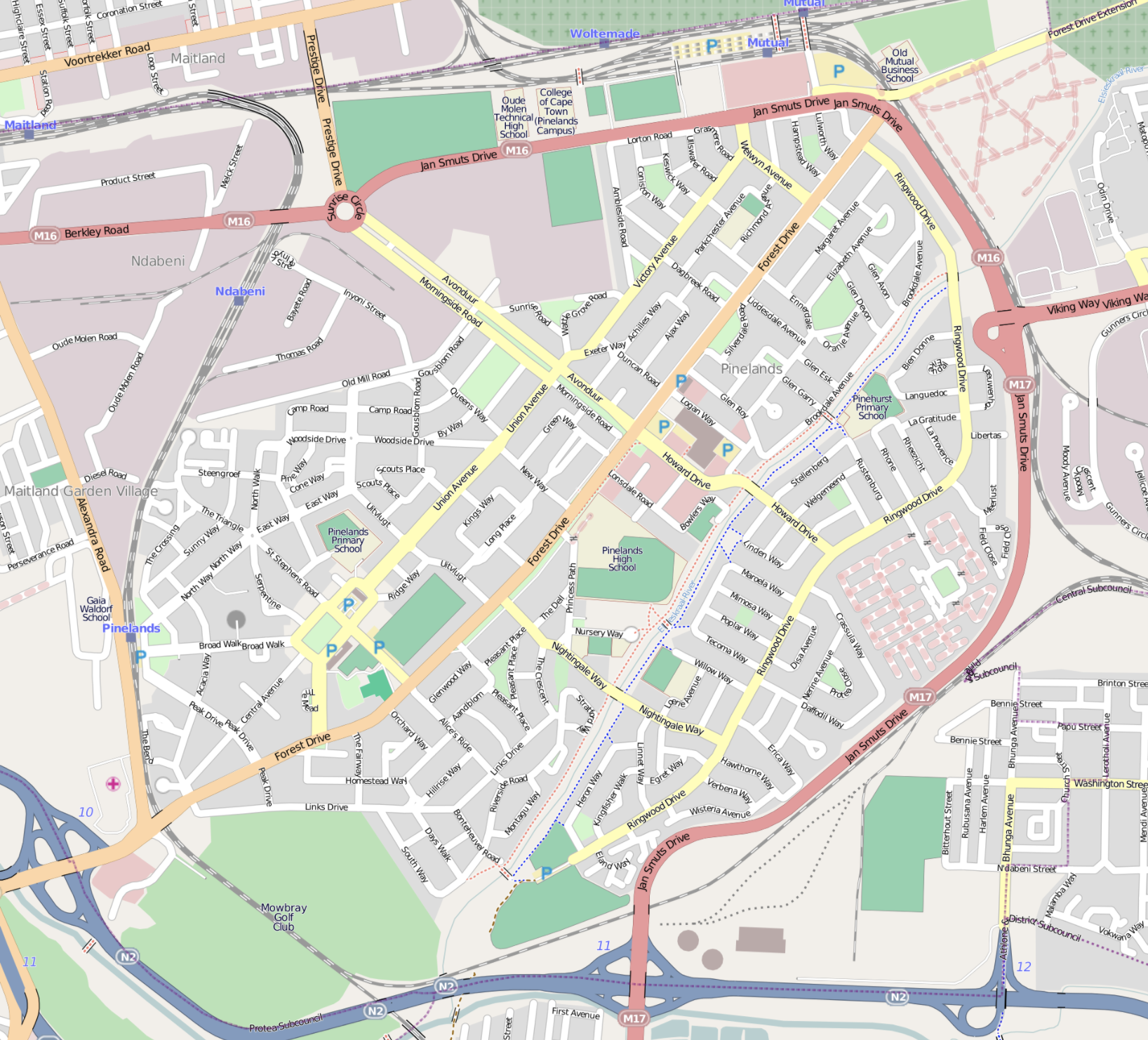 Posted on by Nick Roehm

First imagined in 1919, Pinelands saw its earliest inhabitants move into the area less than 3 years later. This Garden City was to be erected as a means for decentralizing the population of Cape Town, which had been plagued by the Spanish Flu around this time. The creator of Pinelands, Richard Stuttaford, was inspired to design this sub development after the Garden Cities in England after speaking with Ebenezer Howard. Stuttaford envisioned a suburb of Cape Town that would grant the affluent members of the city to live in peace among the amenities of a major city as well as the refreshing beauty of the natural environment. In this condensed borough (2.26 sq mi.) there are nearly 15,000 inhabitants, yet despite the population density, the town is very open. These inhabitants have access to over 30 parks within the city limits and very few man-made structures exceed 4 stories. This allows the inhabitants a chance to enjoy the view of their ideal community as well as the looming Tabletop Mountain to the south. Stuttaford’s goal was to develop entire suburbs. In Pinelands he managed to construct better houses/public buildings while simultaneously nurturing the education of equality by providing high-quality school halls to address the decades of racial inequality in South Africa.