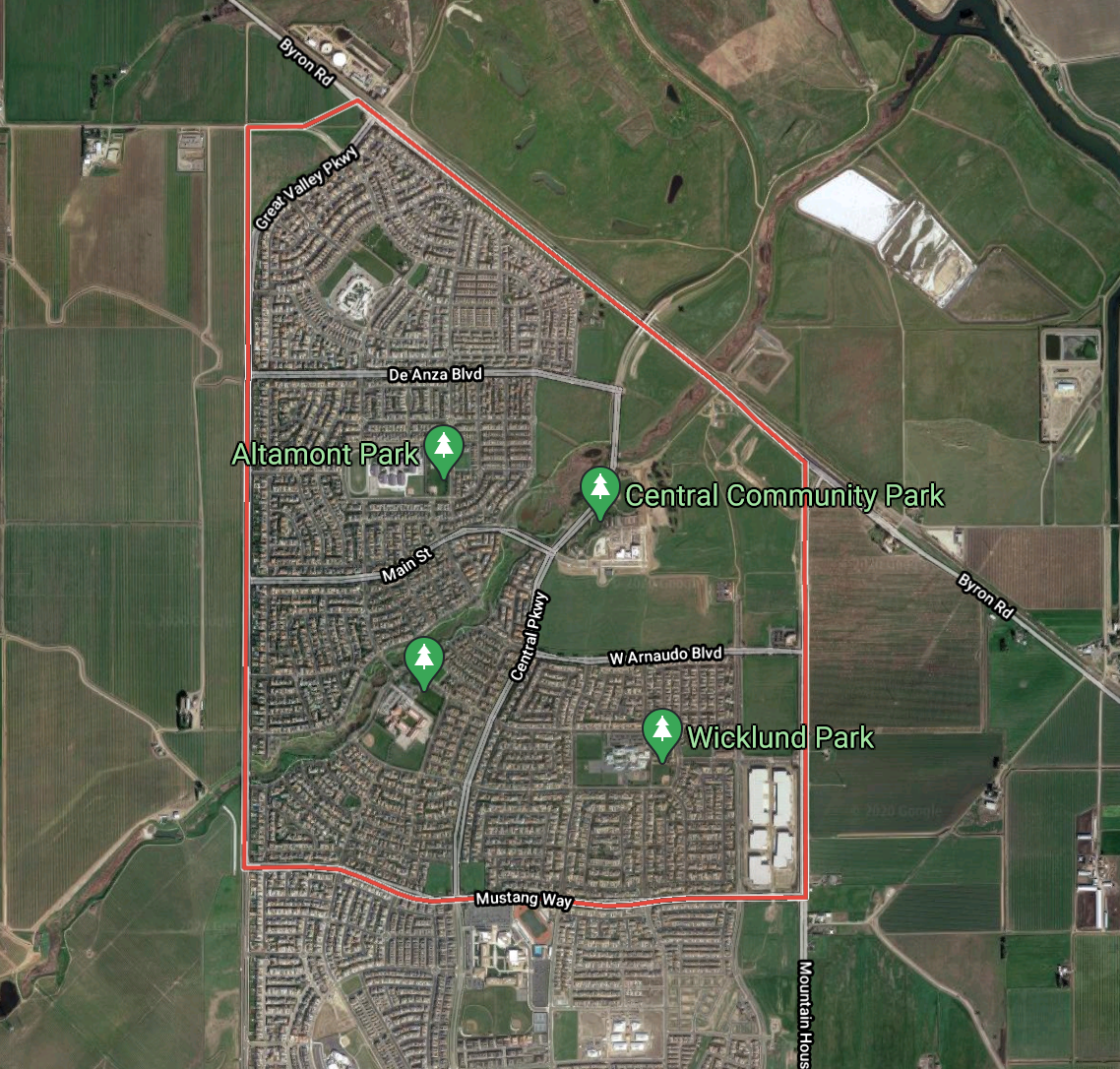 Mountain House is a planned suburb area near the San Francisco bay area. It is a planned city development project that which initial plans were made in 1996. The plan consists of a 30 years construction and development plan including organized residential areas, public school and parks. The area is developed to function as a stand-alone city with all essential facilities. The development of the area was slowed down a due to the 2008 recession. Since then development have speed up with a population of 50,000 people as of 2020.