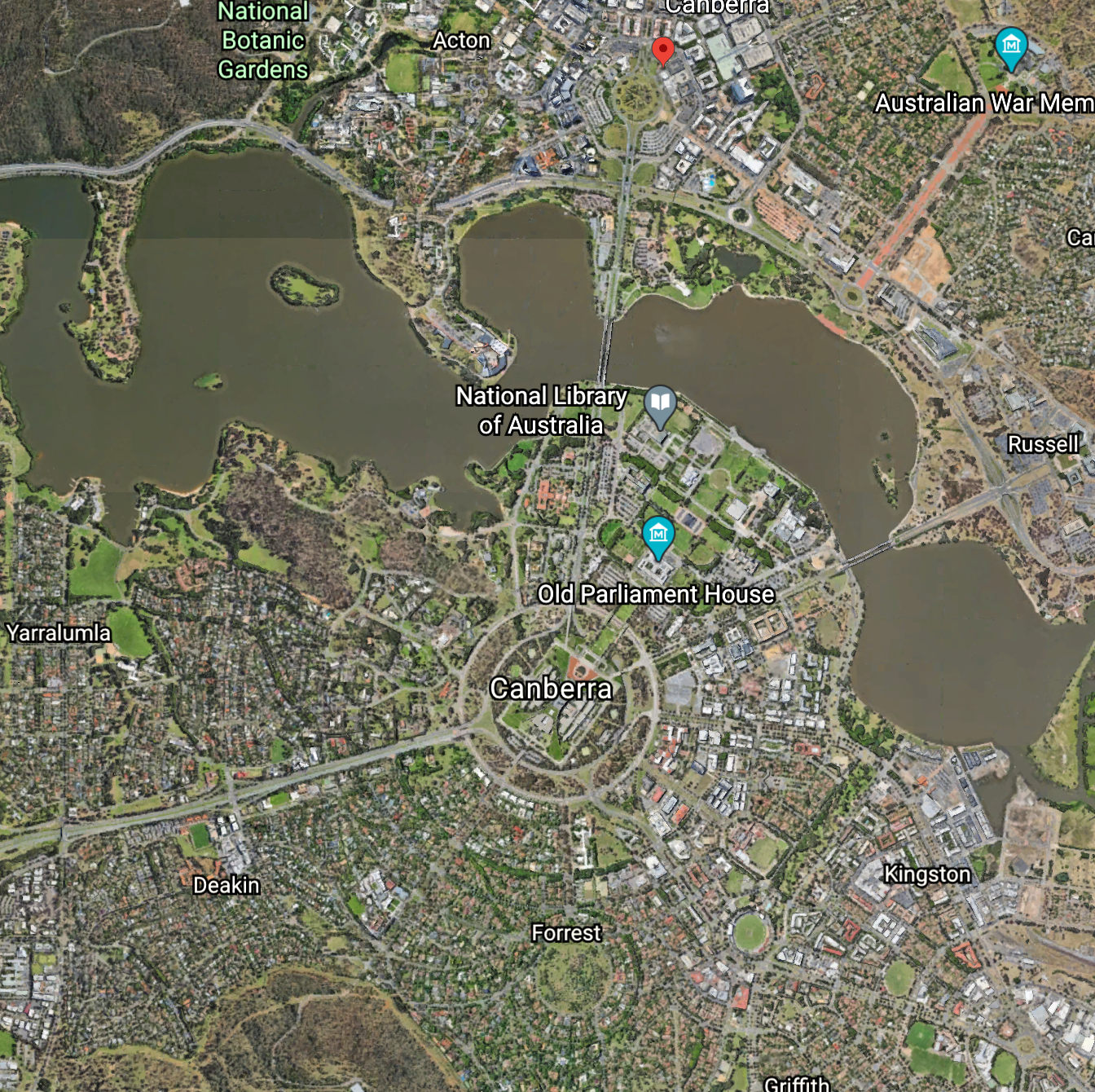 Canberra, Australia was founded in 1913 as an entirely planned city. It was heavily influenced by the garden city movement and it stands as a monument to that form of design. It contains significant areas of vegetation— well managed public parks, and a network of gardens and open spaces. The city distinctly separates residential, civic, and industrial areas into districts, providing an easygoing and well-organized life for its citizens. All of the districts encircle the Parliamentary Triangle in the center of Canberra which acts as the political and economic focal point for the city. Today, Canberra stands as a modern testament to the genius and permanence of the garden city movement.