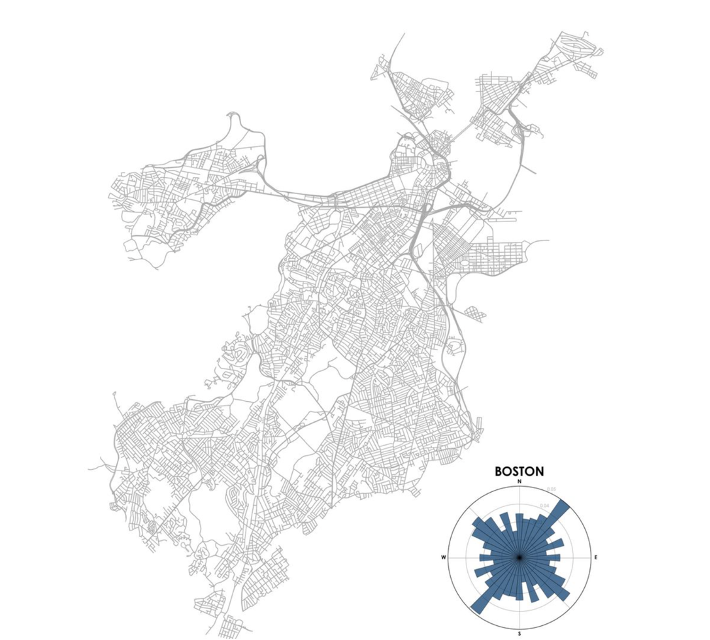 Posted on by Lainey Axell

Boston is an example of a non grid city that was formed because of topographic irregularities, namely its Shawmut peninsula, narrow Neck in the south and connection to rivers and ocean. There are a few neighborhoods of Boston with grid layouts, but the city is predominantly unordered. In its creation, houses were built where people wanted, resulting in a lack of organization and unplanned roads. Further, Boston was built around forestry and other natural obstacles, today resulting in an inorganically shaped city with a confusing intersection of roadways. Its streets have no direction and often wind in multiple directions.